Spartan Showcase: Working as a Mechanical Engineering Intern During the Pandemic 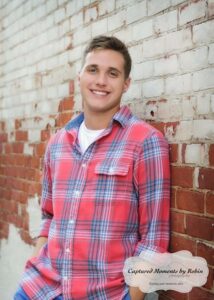 Jack Lambrix has opened the doors to his future through his internship last summer with DTE Energy at the Monroe Power Plant in Monroe, MI. Lambrix is in his third year at MSU pursuing a Bachelor of Science degree in Mechanical Engineering. The vast opportunities that a career in Mechanical Engineering can bring excited Lambrix, and paired with his love for problem solving, math and science, he was guided to pursue this path of study. Growing up in Monroe, Lambrix saw it as the perfect opportunity to kickstart his career with DTE.

Lambrix learned a lot through his internship at DTE. Some of his responsibilities included smaller tasks, such as working in Excel, logging and reading data or taking measurements. Other times, he was able to shadow senior engineers and work on projects alongside them. Some of these projects included taking temperature readings to determine issues with a feedwater heater or using sonic tests to determine where weaknesses are within pipes. DTE also offered their interns the ability to volunteer in the surrounding area with Habitat for Humanity and the Humane Society. Lambrix emphasized that these experiences were very fulfilling, as he was able to give back to the community and make his work all the more meaningful. One of the biggest takeaways he gained from this experience was to see firsthand what it is like to work as a professional engineer. In working at a power plant, he was able to recognize the importance of problem solving, teamwork and especially safety.

Lambrix, along with many other MSU students, had the unique and challenging task of finding an internship in the midst of a worldwide pandemic. When opportunities seemed lost, Lambrix turned to his resources and network for help. He had previously spoken to DTE recruiters at an MSU career fair and reached out to someone in his personal network to show his interest in the position. He applied, went through the interview process and was eventually extended an offer.

Not only was applying for a job during a pandemic a unique experience but working during one was just as unusual. Lambrix said the experience was quite interesting and different from anywhere he had worked. DTE put staff health and safety as a priority, and as a result, Lambrix had to work reduced hours and had his start date pushed back. Despite these unforeseen changes, Lambrix said he is still incredibly thankful to have had the opportunity to gain hands-on experience and learn so much in the process.

There are a lot of resources that Lambrix credits to his success. Career Services Network, along with The Center for Spartan Engineers, opened up opportunities for him through career fairs, networking events and resume critiques. His coursework also helped prepare him for this position, and Lambrix said it was extremely rewarding to see the concepts he has learned in class apply to his work at the power plant. During his sophomore year, Lambrix worked as a Peer Leader for CoRe, a program set up to support first year engineering students at MSU. By both participating and working in the CoRe program, he learned many tips for success that prepared him for courses, interviews and career fairs. He was able to learn about the engineering profession and expand his network by meeting many great people along the way. Lambrix’s past work experience at CoRe gave him the ability to grow professionally and strengthen soft skills, such as communication and teamwork. This, combined with a previous summer job that focused on hard skills and outdoor labor, allowed him to bring a wide array of skill sets to DTE and set him up for success.

His advice to fellow Spartans? “Take advantage of the resources this University has to offer,” Lambrix said. “Many of them are free and you can gain a ton from them. Keep your Handshake updated, too.” He added he feels it is extremely important for first- and second-year students to engage in internship experiences to learn valuable skills you may not always get from your coursework. “Even if you are unable to gain an internship, the experience you gain preparing a resume, interviewing and networking will all help you substantially,” he said.

For the upcoming summer, Lambrix will be heading to the Chicago area where he will intern with MARS Wrigley, working in an ice cream manufacturing plant. Lambrix is extremely excited for this opportunity as he gets to experience another one of the vast fields of Mechanical Engineering. Lambrix was contacted by a recruiter via Handshake, where he later applied, interviewed and was extended an offer. He looks forward to further broadening his horizons and discovering the path fit for him.